U Student Composers Create the Sound of Art with UMFA 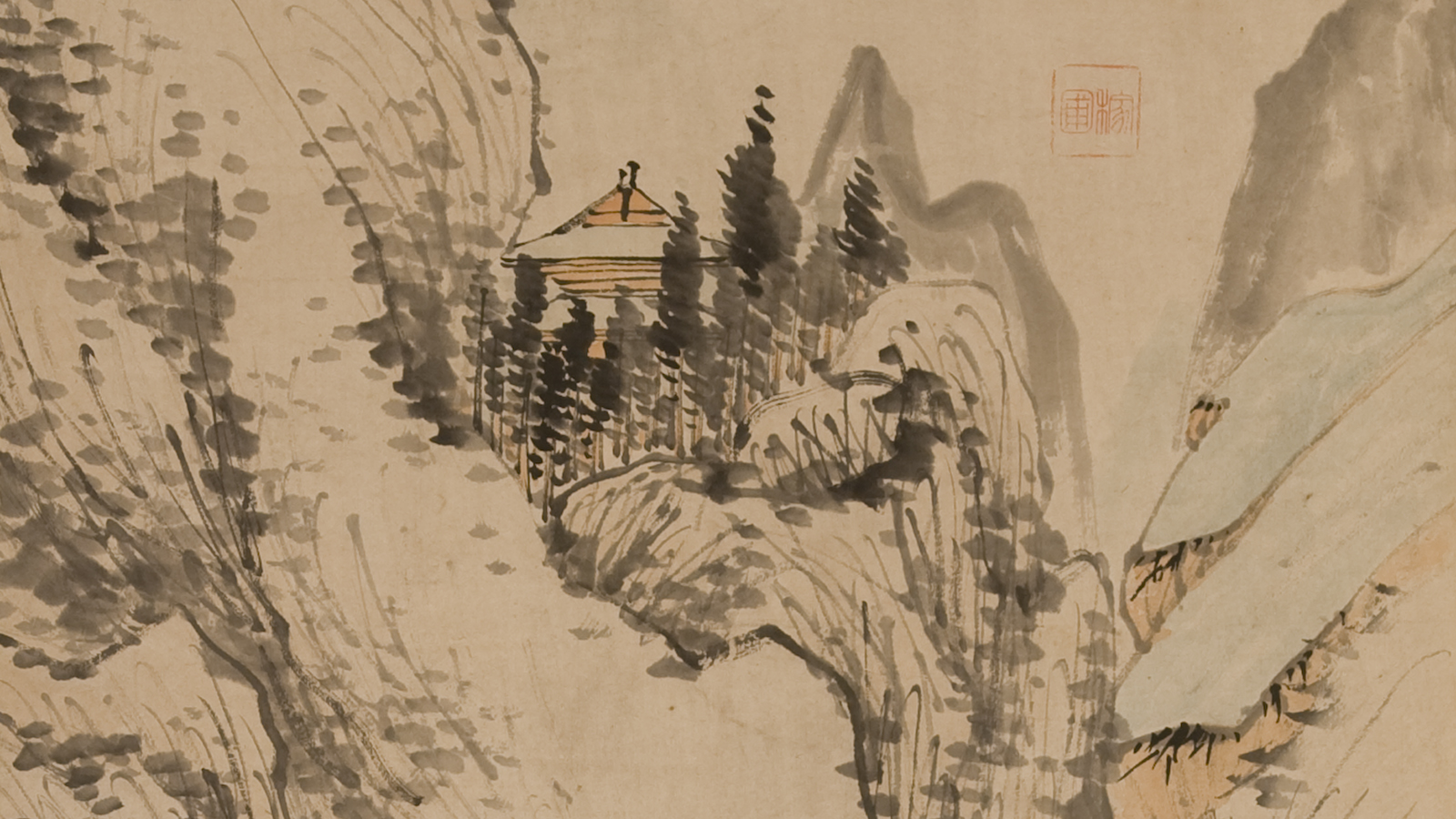 For PhD music composition student Zheng Zhou, it sounds like the Grand Canyon.

Zheng is one of the ten students in the U's School of Music composition program who wrote original works of music this year in response to artworks at the Utah Museum of Fine Arts (UMFA). It's a project conceived by U assistant professor and head of composition Elisabet Curbelo and created in collaboration with students across multiple areas of the School of Music and with staff at the UMFA. Listen to each composition and see the artwork that inspired it in a new video showcase online.

Zheng's composition, "Glen Echo," was inspired first by a visit to the Grand Canyon. But Zheng's appreciation for this natural work of wonder deepened as he pondered Landscape, a mid-nineteenth century scroll painting by Chiang Ta-Lai in the UMFA's Chinese art collection.

"Overlooking the park's gorgeous view, I was deeply attracted by the Colorado River's shape and its echo reverberating in the canyon. I then was fascinated by the sounds, and motions of the natural scene, including the sound of water flow and the wind through leaves, the action of squirrels playing by the riverside, and the fog in the gorge," Zheng says. "By gazing at the artwork with Grand Canyon's natural beauty in my mind, the painting's landscape seemed to come alive with movement in my imagination."

The resulting composition, he says, "describes both authentic and imaginary sounds and images presented in the Grand Canyon and Chiang's painting. The music starts with an attack sound in the cello, followed by alternate correspond in three other instruments. This beginning passage simulates an echo-like sound by switching between physically placed instruments in different locations on the stage. Then, fast-tempo rhythmic patterns begin in two violins, representing the Colorado River's rapid water flow. In Chiang's painting, several footprint-shaped objects in front can be interpreted, for instance, as a person who climbs to the mountain top and finds a pavilion hidden behind the trees. This imaginary scene is also presented in the music by building up the arrival points."

Curbelo, a composer and performer as well as a lover of visual arts and museums, initiated the project as a way to help students improve their composition technique by drawing inspiration from other artistic disciplines.

"When composers are used to writing music in a certain way, it is easy to stay in their comfort zone and use the same techniques every time they write a piece," Curbelo says. "When the work is collaborative and cross-disciplinary, it is all an unknown, and creativity flies. Now they have acquired more composing techniques in their repertoire."

"One of the problems students had to solve creatively was representing a static image using a musical timeline. We looked at how composers have done this in the past; then, students had to develop their solutions," Curbelo said. "One of the students decided, 'I want to organize the music following the eyes of an audience when they look at the painting.' Another composer said, 'I will create a parallel narrative to the sculpture. I will get inspiration not only from the shape of it but also from what it represents for me as a woman.' She connected the artwork with post-partum depression. Another student wrote his song's lyrics as if the lady shown in the painting was reading his lyrics on the letter she was holding. I was so happy to see how each student found very creative and different solutions."

Curbelo worked with Meggie Troilli, UMFA coordinator of adult and University programs, to develop the project as part of the Museum's Sight & Sound series. They focused initially on Curbelo's first-year undergraduate composition seminar and envisioned a live concert with musicians performing each composition near the artwork it inspired. When the pandemic foiled those plans, the two extended the call for works across the School of Music to include undergraduate, master's, and PhD students and brainstormed how to present the works in video format.

"The UMFA has long been interested in how looking at art and listening to live music can heighten both experiences," said Troilli. "The UMFA's history of collaboration with the School of Music has grown from live music in the galleries into this new territory of collaboration between the art of composition, creative problem solving, and the visual arts. We can't help but wonder what else is possible, and what's next?"